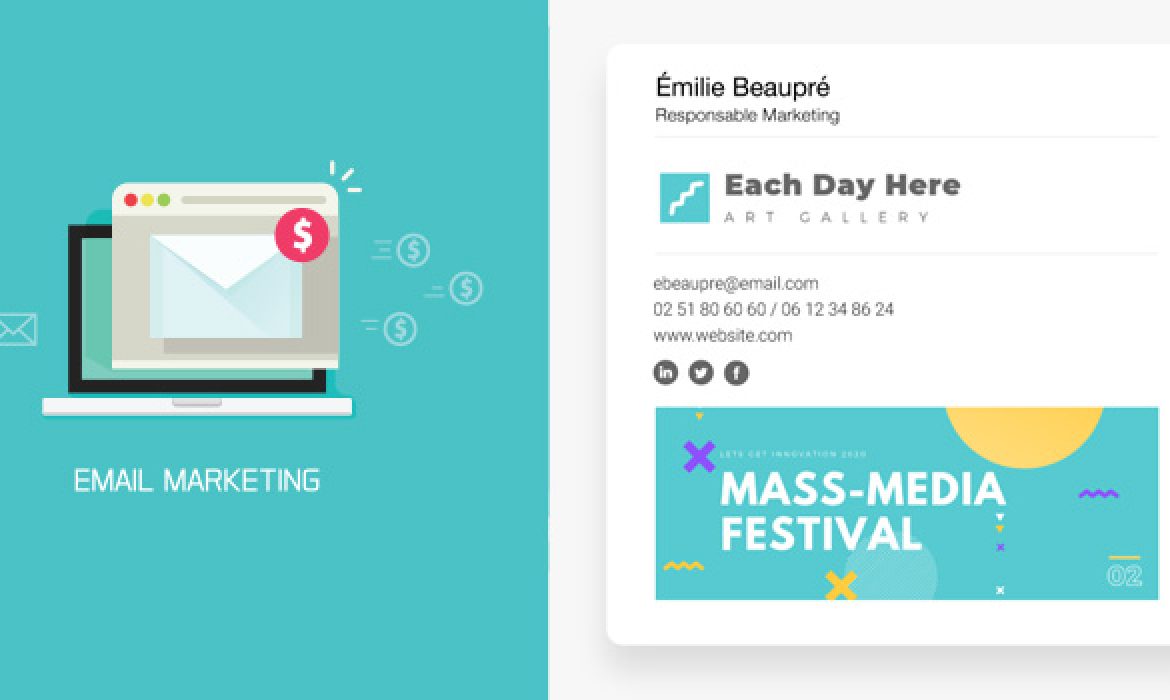 Discover tools to simplify the management of employee email signatures.

On the program of this selection: Letsignit, Boost My Mail and Email Impact.

Letsignit is a SaaS solution with a centralized interface to easily manage email signatures from all your employees. The tool works on Outlook 365 and Outlook services but also on G Suite and Gmail. You can deploy marketing banners to all your employees or only to a specific team. A free version is available but you also have a paid version that offers you even more features.

Boost My Mail: an online tool to manage email signatures

A SaaS platform to centralize and manage corporate email signatures across your company. By harmonizing signatures, you maintain visual consistency on emails sent to your prospects, customers, partners or suppliers. The solution allows you to plan and deploy marketing banners based on user groups. Email Impact offers additional services such as creating graphics and integrating your marketing banners if you don’t have the resources in-house. The tool is compatible with Office 365, Outlook (only on PC), G Suite, Gmail, Thunderbird and Mail Mac. On the price side, the amount is calculated based on the number of email signatures. 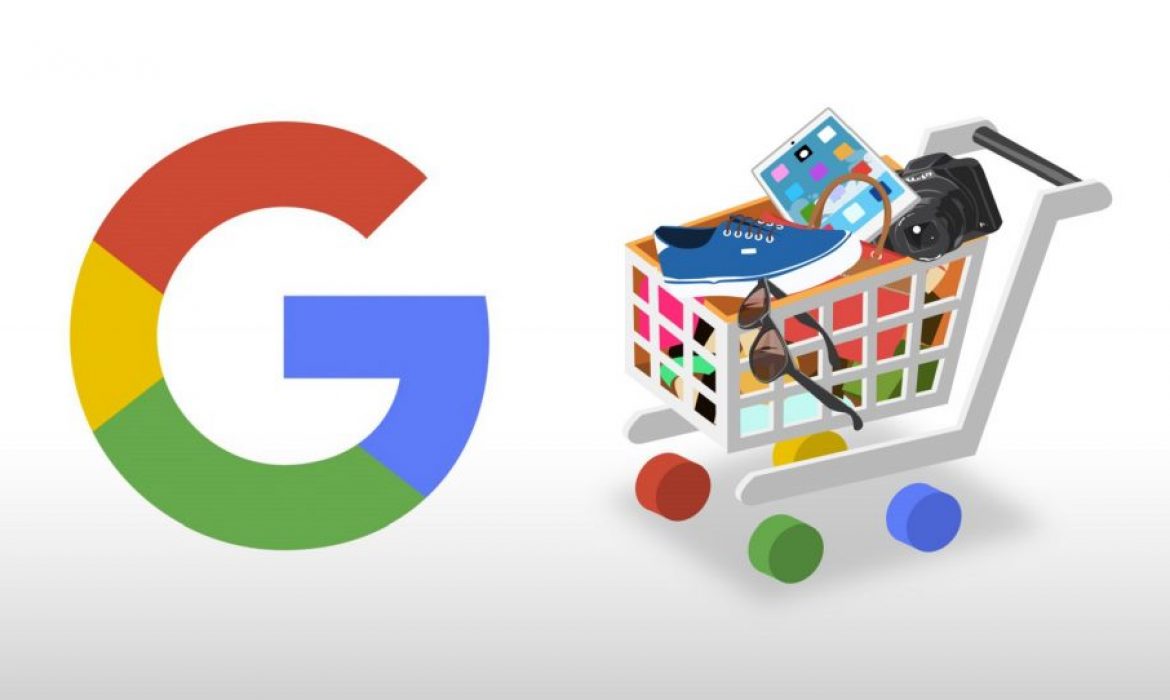 Businesses will be able to use the Google Shoppping service for free. A free offer will be offered to marketers in the US starting April 27, before deployment to other countries by the end of 2020. This announcement comes in a tense environment for physical stores, which are being forced to close due to the Covid-19 pandemic. The activity has turned to online sales since the announcement of containment measures generalized by different countries around the world. With this announcement, Google wants to make the sale of products online accessible to as many companies of all sizes.

To support merchants in these times of crisis, Google has decided to give them a boost. “Starting next week, search results on the Google Shopping tab will be mostly free ads, which will help merchants better communicate with consumers, whether they are advertising on Google.”,” said Bill Ready, Google’s director of commerce, in a news release.

Google Shopping is a service with hundreds of millions of searches every day. It was previously reserved for companies that paid to promote their products through advertising campaigns via Google’s search engine. With this major change, companies will be able to benefit from a “free exposure to millions of people who come to Google every day for their buying needs.” For its part, Google’s service should also attract more buyers, allowing merchants to exhibit a greater number of products sold online.

A partnership with PayPal

Advertisers, who already used paid companions, will be able to complement them with this free offer. Google explains how it works: If you are an existing user of Merchant Center and Shopping Ads, you have nothing to do to take advantage of free ads, and for new users of Merchant Center, we will continue to work to streamline the onboarding process over the coming weeks and months.”

A new partnership with PayPal was also announced. The goal is to enable merchants to link their accounts and thus accelerate the integration process within the Google ecosystem. Among the other partners of the Shopping service, which manage online product inventories, such as Shopify, WooCommerce or BigCommerce, the latter will continue their collaboration with the American firm. 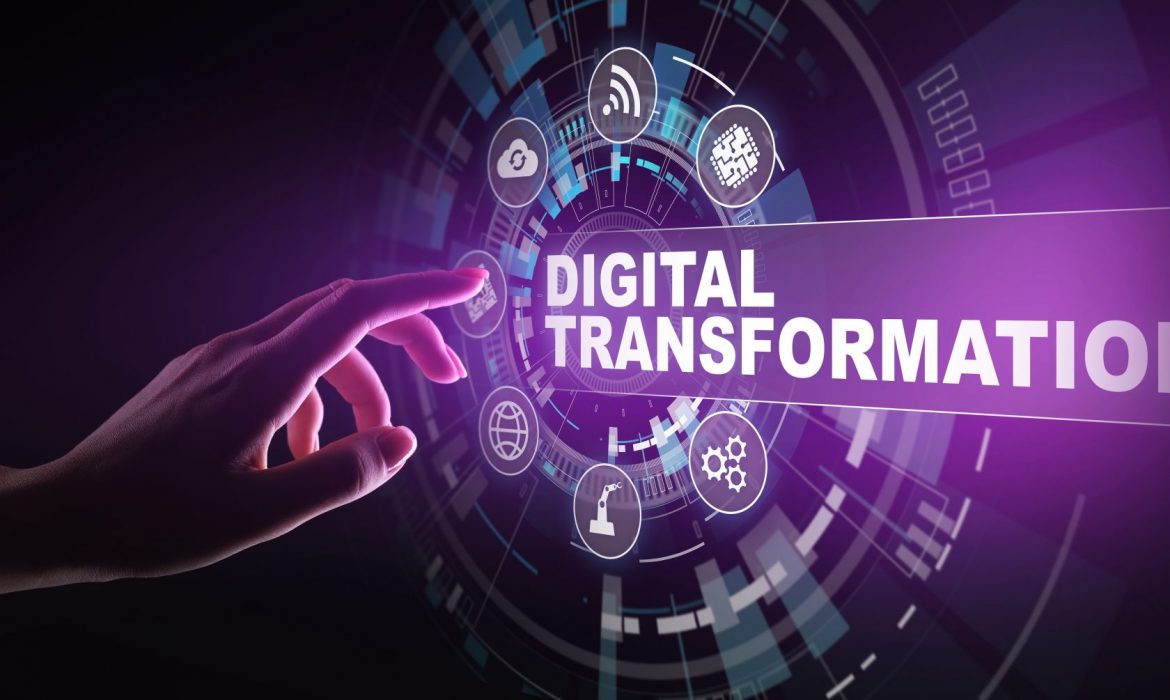 The digital transformation of the company

Digital transformation, that generic phrase we hear everywhere, we tell you about benefits.

What is digital transformation?

Digital transformation or numerical transformation is the way to integrate digital technologies into a business. The latter changes the management of the company and also the customer relationship, to summarize it is a transformation first cultural before being managerial.

Digital before being a means of communication and management is a state of mind. Digital is a culture that has more and more followers, and the global pandemic has forced the world to change. Digital marketing has experienced significant growth in the last two years, teleworking or remote this new way of working has changed the strategy of several companies.

Telework is a response and adaptation to a world that is increasingly digitalizing.

The most profitable startups in the world are those of digital, which reflects the digitization of the human way of life, like Strip, for dating there is Tinder that changes the way of encounter of the man, the last to see the day is Clubhouse born in full pandemic that is an adaptation to the seminars, conferences with rooms and moderators.

There is a category of people who believe that the Web is only a fashion, how then convince them of the importance of digitalization?

If you are a company that is digitalizing and your client portfolio does not follow this transformation, so financial deficit will be there.

There are also companies that do not want to follow the current trend. Without a doubt they will make the same mistake as Nokia made when the smartphones arrived.

To conclude, the digital transformation is a high-speed train on rails either, the company goes up and adapts itself it is set aside by the competition.

Influence is about having a third party accept a point of view, associated with marketing are the different techniques used in order to be as competitive as possible and achieve a defined target.

The idea of marketing started with the arrival of mass production during the Industrial Revolution, which caused the market to be saturated and thus to sell, businesses went through the Main Stream media (newspapers, television, radio), in the meantime, the Web has become democratized and has enabled companies to create their websites and to be able to promote their products, yet social networks have disrupted the world of communication.

The new era of social networks has seen the birth of new professions, among them: the influencer who is officially recognized in Algeria. The influence market amounts to 20 billion dollars, the increase in research related to influence marketing is estimated at 1500% in 3 years.

It is essential for a company to use an influencer because 4 out of 5 consumers buy a product that has been recommended to them and 61% of consumers contact an influencer at least once a week.

To have the ROI of an influence campaign several methods are used the most in vogue is the EMV (Earned Media Value) index created by the agency Ayzenberg.

The principle consists in giving a value to each social interaction and thus calculating the media value of an influence campaign.

The goal is to generate spin-offs by calculating the budget required to achieve the same results in terms of exposure quality and audience volumes, and to ultimately calculate the costs of influencer publications to those of an advertising campaign.

The ROI of Influence Marketing is 11 times higher than traditional, it generates 7.65 dollars for every dollar invested, influencers have different communities that may be the target of your product, it is distinguished in several categories that will be discussed in another article.

All this to tell that associating a company with an influencer is a winning association, and the challenge is to find someone who shares your company’s values.

IT WayKey is a communications and digital marketing consulting agency, which is based on the values ​​of ethics and commitment that places its customers at the center of its concerns.

2021 ALL RIGHTS RESERVED. IT WAYKEY